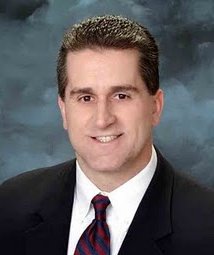 Tim Staples is Director of Apologetics and Evangelization at Catholic Answers, but he was not always Catholic. Tim was raised a Southern Baptist. Although he fell away from the faith of his childhood, Tim came back to faith in Christ during his late teen years through the witness of Christian televangelists. Soon after, Tim joined the Marine Corps.

During his four-year tour, he became involved in ministry with various Assemblies of God communities. Immediately after his tour of duty, Tim enrolled in Jimmy Swaggart Bible College and became a youth minister in an Assembly of God community. During his final year in the Marines, however, Tim met a Marine who really knew his faith and challenged Tim to study Catholicism from Catholic and historical sources. That encounter sparked a two-year search for the truth. Tim was determined to prove Catholicism wrong, but he ended up studying his way to the last place he thought he would ever end up: the Catholic Church!

He converted to Catholicism in 1988 and spent the following six years in formation for the priesthood, earning a degree in philosophy from St. Charles Borromeo Seminary in Overbrook, Pennsylvania. He then studied theology on a graduate level at Mount St. Mary’s Seminary in Emmitsburg, Maryland, for two years. Realizing that his calling was not to the priesthood, Tim left the seminary in 1994 and has been working in Catholic apologetics and evangelization ever since. 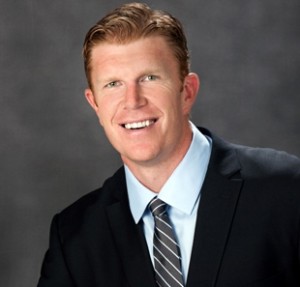 Matt Birk grew up in St. Paul, Minnesota and attended Catholic elementary and high school. He was a Cub Scout, a member of the National Honor Society, and played “pretty much every sport there was to play.” After high school, Matt attended Harvard University and earned a degree in Economics. While playing for the Harvard Crimson, he received several football honors, including All-Ivy League and Division I-AA All-American.

Matt was selected by the Minnesota Vikings in the sixth round of the 1998 draft. Appearing in 228 career games, including 18 playoff contests, Matt spent 11 seasons with Minnesota and 4 more with the Baltimore Ravens. He was named the 2011 Walter Payton NFL Man of the Year for his off-the-field service, as well as his playing excellence.

Matt has a passion for children and education, and has focused a great deal of his energy on promoting literacy among the youth in his communities. In 2002, he created the H.I.K.E. Foundation (Hope, Inspiration, Knowledge, Education) in Minnesota. It has grown greatly since then and its initiatives reached over 100,000 children in the Baltimore area in 2012.

In February, 2013 after a 15 year career in the NFL and a Super Bowl XLVII win with the Baltimore Ravens, the six-time Pro Bowl Center announced his retirement from playing football. In August, 2014 Matt accepted a position in New York with the National Football League as their Director of Football Development.

Today, in addition to his work for the NFL, Matt Birk is inspiring, teaching and motivating audiences across America as a national speaker who has long lines waiting to shake his hand the moment comes off the stage. He speaks on the topics of Leadership, Teamwork, and Success. His personality connects with every attendee, his humor brings laughter to the ballroom, and his information is memorable and applicable. 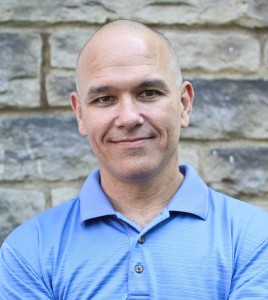 Deacon Ralph Poyo is a man on a mission to lead everyone to Jesus Christ and show them the infinite joy and exhilarating adventure of experiencing Jesus in every facet of their life.  He knows the Catholic Faith is about leading people into the life of Jesus and has started New Evangelization Ministries to equip parish pastoral teams with the vision and tools they need to help parishioners achieve an active experiential relationship with Christ.

Deacon Ralph’s life story is like that of many Catholics, and his experiences fuel the burning fire and white-hot passion of his ministry.  He is a “Cradle Catholic” who received the entrance sacraments but missed the truth.  Without the truth of our Catholic faith he left the church and embraced the world and its empty promises.  As gifted athlete chosen for the U16 US Soccer team, soccer became his “god”.  But Jesus had a better plan and provided a grace-filled gift of athletic disappointment that put Deacon Ralph on the path back to Him.

Along that path Deacon Ralph developed an insatiable appetite for scripture and earned a BS in SCRIPTURE Degree from Taylor University.  Upon graduation he joined the staff of Miami Youth for Christ where he received intensive evangelization training.  This led him into youth ministry in the Catholic Church where his uncompromising love and magnetic personality have tirelessly served our youth for more than 30 years.

In Youth Ministry Deacon Ralph learned how to take difficult biblical passages and principles and articulate them in simple ways easily understood by teens and adults.  And most importantly, he learned concrete methods for teaching people how to surrender their hearts to the life of Christ and receive His infinite grace.

Thus educated, equipped and trained God appointed Deacon Ralph Director of Faith Formation at St. Luke the Evangelist Catholic Church in Raleigh, North Carolina.  He also chose him to be ordained to the Permanent Deaconate in November of 2004 and began using him as one of His most sought-after speakers for Franciscan University of Steubenville’s Youth Conferences.

Deacon Ralph has a proven and fire-tested heart for God that seeks only to be His tool of the moment.  To that end he has now been called to leverage the gifts God has given him by teaching others how to fish for men.  This is New Evangelization Ministries, dedicated to teaching pastoral teams how lead their fellow parishioners into daily and eternal life with Jesus Christ.

Deacon Ralph is married to his high school sweetheart, Susan, and has five daughters, one son-in-law, and two granddaughters.