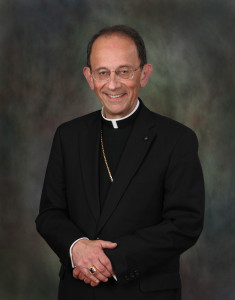 Bishop Lawrence Thomas Persico was born in Monessen, Pa. on November 21, 1950. He is the son of the late John B. and the late Helen Gush Persico. His brother, John E. Persico, lives in Monessen with his wife, Nira; he also has a late sister, Betty E. Angeline, as well as seven nieces and nephews.

He attended Saint Cajetan Elementary School in Monessen and St. Joseph Hall, the diocesan high school seminary, in Greensburg, graduating in 1969. He holds a BA in philosophy from Saint Pius X in Covington, Kentucky, and graduated from Saint Vincent Seminary in Latrobe with a Master of Divinity degree.
Bishop Persico was ordained on April 30, 1977 by Bishop William G. Connare at Blessed Sacrament Cathedral in Greensburg. In June 1980, he was released from parish ministry to study canon law at The Catholic University of America in Washington, DC where he received the licentiate degree.
The new bishop was appointed chancellor of the Diocese of Greensburg by Bishop Anthony G. Bosco in 1989.  Nine years later he was appointed pastor of Saint James Parish in New Alexandria while continuing in his role as chancellor, assignments he kept until the announcement of his appointment to Erie.
Bishop Persico was named a monsignor with the title of Prelate of Honor to his Holiness by Pope John Paul II in 2005. That same year, Bishop Lawrence E. Brandt of the Diocese of Greensburg appointed him as vicar general, moderator of the curia, chancellor and as the bishop’s delegate for clergy sexual abuse, while continuing as pastor of Saint James Parish.
Bishop Persico has served two terms as vice president of the Pennsylvania Catholic Conference. He is also a Knight of the Equestrian Order of the Holy Sepulchre of Jersusalem. He has been a member of the Canon Law Society of America since 1983 and is a member-at-large of the Grand Lodge of Pennsylvania, Order Sons of Italy in America. 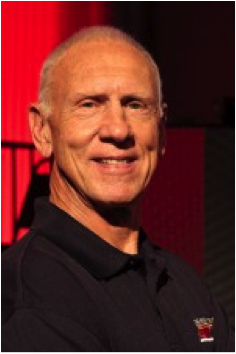 Mr. Abramowicz is presently involved in full-time work with Crossing the Goal ministries which is an evangelization outreach to Catholic men nationally. Crossing the Goal ministry utilizes TV, internet technology, conferences, and leadership training seminars to accomplish its goal. Mr. Abramowicz also had a long history with the NFL as a player, coach and broadcaster.

Danny was born July 13, 1945, in Steubenville, Ohio. He attended Xavier University in Cincinnati, Ohio and graduated with a Bachelor of Science Degree in 1967. Xavier University has presented Danny with the two most prestigious awards bestowed on a student athlete – Legion of Honor and Hall of Fame. In 1967, Danny was drafted in the 17th and last round by the New Orleans Saints. Danny’s NFL career spanned eight seasons. Some of his accomplishments include the NFL’s leading receiver and All-Pro in 1969. Danny was voted to the Saints Silver Anniversary Team. Danny is a member of the following Halls of Fame: Louisiana, Saints, Sugar Bowl, Sports Faith, and National Polish.

Danny and his wife, Claudia, have been married for 43 years and have three children and four grandsons.

RECENT ACCOMPLISHMENTS
2008 – Produced the TV Series, “Crossing the Goal,” on EWTN
2004 – Authored the book, Spiritual Workout of a Former Saint, which was published by Our Sunday Visitor 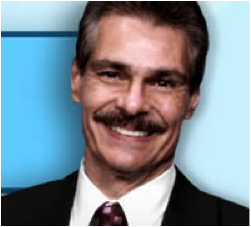 Ray Guarendi is the father of 10, clinical psychologist, author, public speaker and nationally syndicated radio host. His radio show― “The Doctor Is In” ― can be heard weekdays. Please see our radio affiliate listings (EWTN Radio) for a station in your area. You can also listen live online or on Sirius satellite radio, channel 160. Dr. Ray also hosts his own national television show, “Living Right With Dr. Ray.” 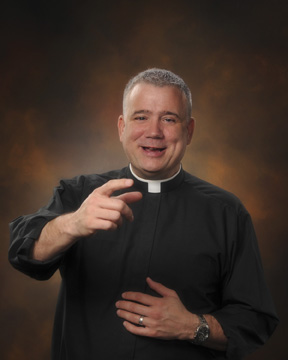 A gifted and captivating speaker, preacher, retreat master, and author. Fr. Larry Richards holds the answer to some of life’s most profound questions. He speaks from experience as a pastor of an inner city parish, a high school chaplain, a counselor and evangelist. Fr. Larry Richards has directed hundreds of retreats, parish missions, and conferences for young and old alike. His inspirational talks, presentations, and books always authentic and enthusiastic, have changed the hearts, minds and lives of millions of listeners and readers worldwide.

Father Larry Richards was born in Pittsburgh, Pennsylvania. After high school, he attended the college seminary at Gannon University and received his Bachelor of Science degree in Mental Health in 1983. Father Larry Richards continued his studies at the major seminary at St. Vincent in Latrobe, Pennsylvania, and received his Masters of Divinity degree in 1987. He will soon conclude his studies at the University of Notre Dame and be awarded a Master of Arts degree in Liturgy.

Fr. Larry Richards is the founder and president of The Reason for our Hope Foundation, a non- profit organization dedicated to ‘spreading the Good News’ by educating others about Jesus Christ. For more information on the foundation, go to: www.TheReasonForOurHope.org.